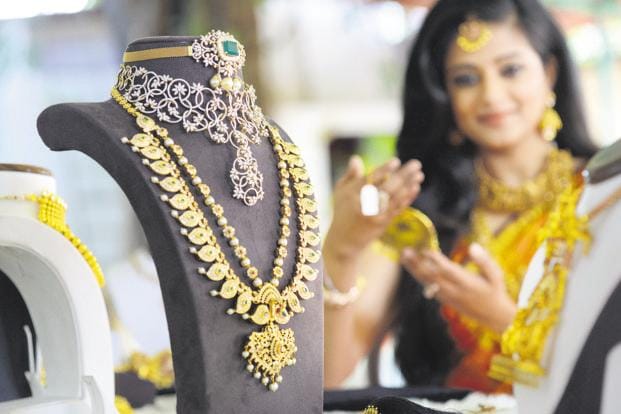 Coimbatore: The gold jewellery industry in the country has not witnessed any significant growth in the last two years, particularly after demonetisation and GST, the national apex body of gem and jewellery said Tuesday.

Though the majority of the population of the older generation saw the precious metal as a long-time investment, the change in the lifestyle of the younger generation, who opted more for travelling and automobiles, has applied a brake on the jewellery business, chairman of Gem and Jewellery Domestic Council (GJC) Ananth Padmanabhan told reporters here.

After the demonetisation in 2016 and introduction of the goods and services tax, the growth of the industry remained stagnant despite the country being the second largest importers of gold (800-1,000 tonnes per annum), he said.

Though the council has no exact figure of gold consumption in the country, the import of the metal however, recorded negative growth since the beginning of the year, he said.

The council is organising a three-day event ‘Preferred Manufacturer of India’ which began here Tuesday.

The event saw 42 top gem and jewellery manufacturers displaying their designs for the benefit of retailers in and around Coimbatore and in the southern parts of the country, he said.

Being the first-ever event of this kind, it would be a bridge between the makers and retailers on Business2Business model, immediate past chairman of the council Nitin Kandelwal said.

(This story has been published from a wire agency feed without modifications to the text. Only the headline has been changed)