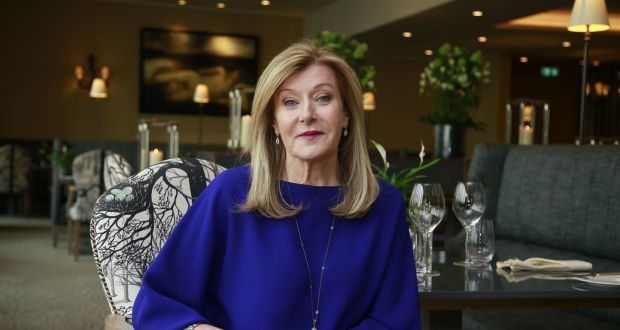 Share to FacebookShare to TwitterShare to Email AppShare to LinkedIn

International buyers of the 2018 collections of one of Ireland’s best known fashion designers, Louise Kennedy contributed to accumulated profits at her company soaring to €2.48 million last year.

New accounts lodged by Ms Kennedy’s Signum Ltd show that accumulated profits increased by 16 per cent or €347,964 to €2.48 million in the 12 months to the end of December last.

Ms Kennedy has counted Kylie, Beyonce and Meryl Streep as customers and the accounts show that the company’s cash reserves reduced marginally from €1.26 million to €1.22 million.

The group operates high end retail outlets in Dublin and London and continues to continue to dress many members of British and Middle Eastern royal families and high profile business executives around the world.

A spokesman for the business stated: “The reason for our increase in sales is because we have broadened our client base, reaching more international buyers in 2018 through our London store as well as improved numbers for those who are buying from us online.”

The profits of €347,964 follow profits of €297,276 in 2017 and the spokesman said profit “has increased as a direct result of increased export sales and tighter cost management”.

The company’s hand-crafted products are made in Portugal, Scotland, Italy and New Delhi in India.

On the prospect of Brexit for the business which has bases here and in the UK, the spokesman said: “Brexit will certainly be challenging. Exchange rates have already had an impact, particularly recently.”

He said: “We will be concerned if it is a no-deal Brexit as it will be challenging to ensure that the movement of our stock is not restricted or delayed. Our hallmark has always been excellent client service so anything that affects our ability to deliver on time will have an adverse effect on our business.”

He stated: “Whilst confident we have done a lot to plan, it will certainly be challenging if there are restrictions on movement of goods.”

On business this year, the spokesman said: “2019 has continued in line with 2018 and we are continuing to build our brand to reach a greater international audience”.

The business was established in 1983 and today employs 42.

During her 36 years in business, Ms Ms Kennedy’s profile was heightened when President Mary Robinson commissioned the Co Tipperary native to design her inauguration outfit in 1990.

Ms Kennedy has been the recipient of many prestigious awards including Irish Designer of the Year on four separate occasions.