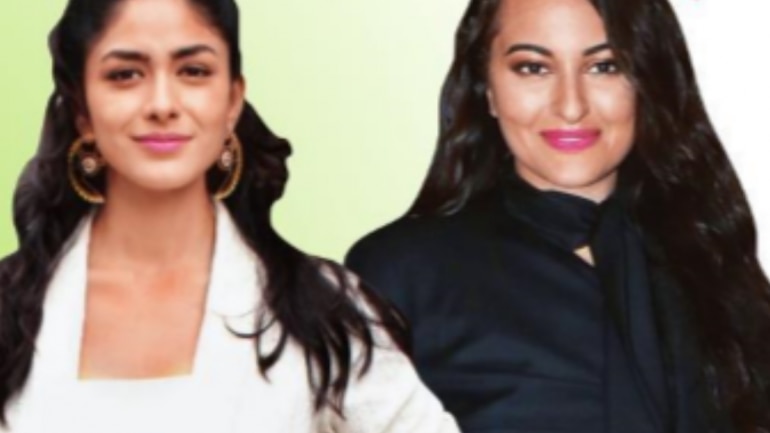 ORANGE IS THE NEW BLACK

From the young crop of actors, the one person who scores high in the style game constantly is Kriti Sanon. She was recently spotted in orange separates prêt label Lola by Suman B; pairing a satin blouse with a pair of belted shorts. We love how she cut the monotony of this look by opting for a pair of white kicks. Honestly, it is easy to go with a monotone look, but Sanon works it in her favour. It’s casual and effortlessly chic at the same time. Also, the actress got the memo right that orange is, indeed, 2019’s black.

We think over the years, Kareena has become a yardstick for great styling in Bollywood. Time and again, the actress proves that she can work both traditional and contemporary looks with ease. That said, recently Kareena was spotted in a Manish Malhotra saree that she paired with baubles by Anmol Jewellers. That blouse seemed like such a misfit in this ensemble. In fact, though it is a gorgeous saree, even a stunner such as Kareena couldn’t pull it off. We can’t complain that her hair and makeup were on point!

SAY HELLO TO THE DHOTI SARI

Taapsee Pannu recently tried the dhoti saree (an off-shouldered printed top teamed with a cowl dhoti and probably a dupatta) from brand Nikasha. Teaming the look with a pair of jootis , she definitely tried an offbeat look. We aren’t fans of the outfit on her, given her sartorial potential, but she does look nice. A lot has to do with how the actress aces her hairdo boxer braid bun and her accessories.

ONLY two weeks back, we mentioned that polka dots are now a favourite print the world over. With global designers giving the print a nod, polka seems to be the power print of the season. And Sophie Choudry just proves this! Working a monochrome one-shouldered crop top in the print with a pair of voluminous trousers in black, she paired her look with multi-strap stilettos and added the year-old sensation Dior saddle bag to it as well. We love it when a celebrity tries something different with their hair and though Choudry hasn’t, she still looks nice.

Though the pantsuit trend has now become a little ancient, Bollywood actresses have made it a staple outfit for on-duty looks. Mrunal Thakur has recently given the trend her stamp of approval; she was seen in an ivory, lightweight pantsuit that she’s teamed with a bustier, all from the label Bhaavya. It’s definitely a well put-together look, though we’re not sure if this angle is working for her, as the pants seem extremely flared. Her jewellery, by Roma Narsinghani, adds that edge to the classic attire. Mrunal does look nice!

KEEPING IT ALL BLACK

IF you take a look at Sonakshi Sinha’s images, the actress tries to channel a street vibe when she’s not getting red carpet ready. For a recent event, She went for an all-blackeverything look. Honestly, black is a hue that is easiest to try when you’re going for a head-to-toe same hued outfit. But this is a failed attempt. Firstly, while we thought that’s a pussy-bow dress, it looks like a thin scarf on close inspection. Add to that, Sinha’s opted for cross-strapped heels and also included a fanny pack! It looks like her stylist had a bad day.