Why Beauty Needs to Jump on the Wellness Boom 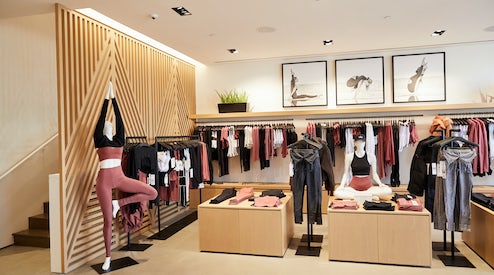 NEW YORK, United States – There were almost as many customers hanging out as there were shopping at Alo Yoga’s flagship on Spring Street in Soho this past Saturday. The café had a long line of people waiting to order matcha lattes, kombucha on tap and bite-sized snacks made from almonds and dates. Two groups of twenty-somethings were sprawled out on comfy, grey couches next to the counter. Many customers were members of the tribe of black leggings-clad, ultra-fit New Yorkers, who appeared to have just come from one of the many boutique studios dotting lower Manhattan.

Whether browsing the brand’s vast assortment of tights and cropped hoodies or checking out the yoga studio on the second floor, the retailer has become a weekend destination of choice for the wellness-minded consumer, which is exactly what co-founder and chief executive Danny Harris had in mind when he created the brand with best friend Marco DeGeorge in 2007.

“Wellness can be about eating organically, it can be about exercising, it can be about having the latest vitamin supplements… but it’s really about a mindset,” Harris told BoF during an interview earlier this month, pointing out that for Alo, yoga is at the forefront of wellness. The brand is opening up five new stores this year, he said, four of which will have yoga studios. Alo Moves, an online yoga subscription services, went live earlier this year. 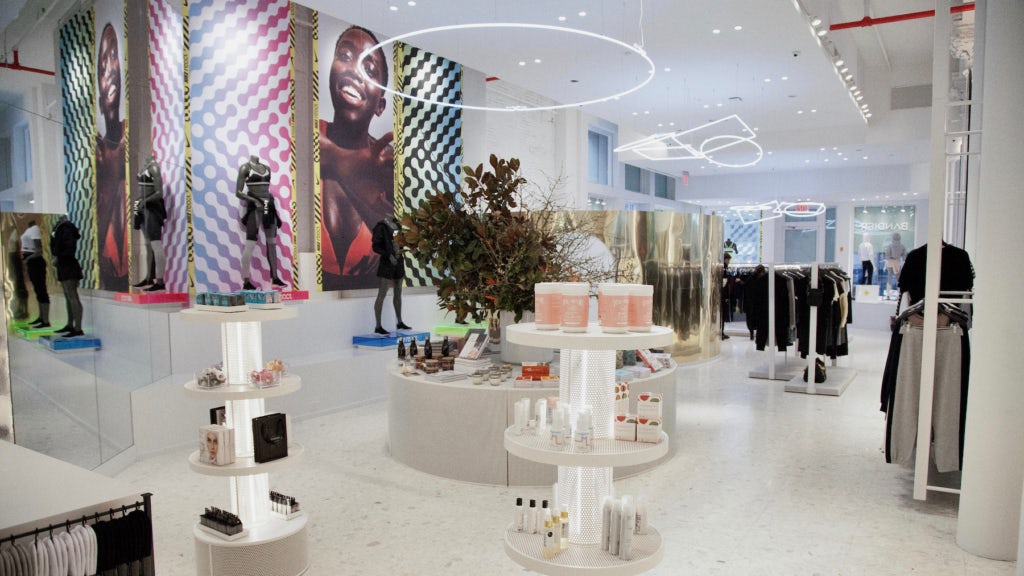 So what does all this have to do with beauty?

Today, wellness is a multi-billion dollar industry that’s become a mashup of fitness meets athleisure meets retail meets food meets, you guessed it, beauty. The lines are growing blurrier by the day. Under the wellness umbrella, activewear retailers are selling skincare alongside collagen-infused protein powders (Bandier) and haircare companies are launching ingestibles (Briogeo).

Beauty brands need to find their way into the wellness market, because that’s where their customers are. Wellness captures SoulCycle fanatics and clean eaters, yogis and beauty junkies. All are seeking to improve themselves in different ways, but beauty invariably ends up becoming a part of that mix.

Sure, working out is a key part of wellness, which is why so many of these retailers start out selling activewear and offering yoga classes. But it’s the building of community and fluidity in the way brands like Alo, Bandier and Briogeo approach categories that’s helped them stand out in crowded marketplaces. The ability to diversify in this way is an expression of a dynamic brand.

Take Bandier: it opened as a purveyor of activewear in 2014, but it has since become a boutique fitness studio and seller of beauty products, among other things. 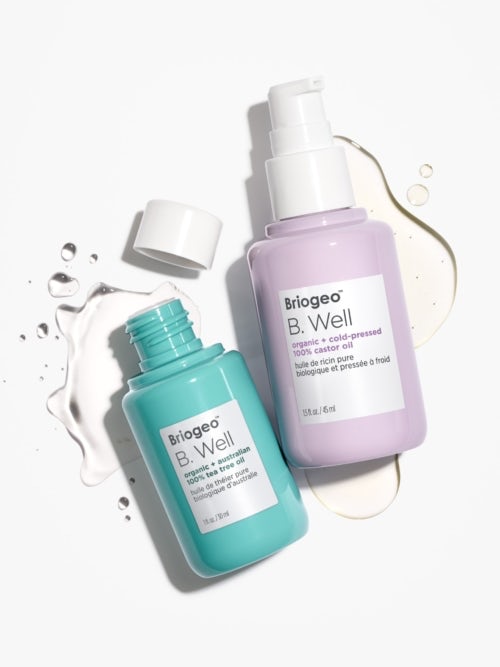 At the retailer’s new 4,600-square-foot Soho flagship on Sunday afternoon, the vibe was rhinestone-trimmed sports bras and neon leggings rather than Alo Yoga’s soft pastels. Intriguingly, there was a sizeable display in the centre of the store designated to bath salts, face masks, Ouai products and Dr. Barbara Sturm skincare, which can cost upwards of $200. Many of the brands selling at Bandier typically sell directly online or through department or speciality stores and haven’t sold in this type of retailer before.

As for Briogeo, the brand got its start selling haircare, but is venturing into wellness via sub-brand, B Well. The range kicked off with multi-use essential oils for face, body and hair in January, and in the fall will introduce its second product, an ingestible vitamin supplement.

Founder and chief executive Nancy Twine said the explosion of wellness as a category allowed her to develop new products that weren’t just siloed to haircare — without having to choose another specific category.

“When we started, the forefront of our ethos was clean ingredients, but I always knew that kind of mantra didn’t just impact haircare. It’s a lifestyle mantra,” said Twine. “Now we’re able to take our ethos and apply it to a much broader category that extends beyond haircare — one that has a more impactful, cumulative effect on clients’ overall and holistic routine,” she said.

THIS WEEK IN BEAUTY

Why we can’t stop looking at before-and-after pictures. Apparently there are a host of psychological reasons millions of internet users can’t get enough of other people’s transformations, from celebrities to random strangers.

Zara challenges Chinese beauty ideals. Many Chinese customers were outraged with Zara selecting a model with freckles to appear in a campaign, but plenty came to the defence of the retailer.

There were a lot of braids on the Oscars red carpet. Lisa Bonet, Amandla Stenberg and Danai Gurira had some of the best hair at the awards show.

Dover Street Market is getting into beauty. The retailer is gearing up to open its first beauty concept in Paris — a 2,150-square-foot space designed by Rei Kawakubo.

Avon will open a content studio. In an effort to become a digital-first company, and educate its millions of representatives globally along the way, the company has a new in-house content studio that goes live next month.

Fashion people love colonics. Influencers are tweeting and posting about colonics on their Instagram stories, while others say they’ve almost been moved to tears from their experience (in a good way).